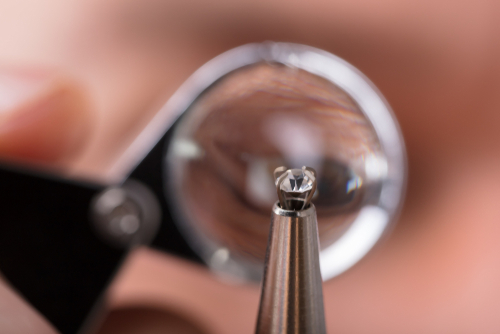 Diamonds come in several different colors including pink, red, purple, green, blue, and brown. Black diamonds are entirely opaque, so they are different from most other diamonds.

Also known as carbonados, black diamonds, can be found only in some places including those in the Central African Republic and Brazil. In prehistoric times, before the continental drift, these territories were close to one another, and it is possible that black diamond originated from this ancient place on the Earth. Black diamonds are exclusively found in alluvial deposits. They are deposits as well as sediments created by rivers or other sources of running water during the ancient times.

Features and Properties of Black Diamonds

Natural black diamonds are considered harder than the vast majority of diamonds, even though they are still rated 10 upon the Mohs’ Scale of Mineral Hardness. That is why carbonados were used for industrial applications at the start. The durability of black diamonds and their early applications also meant it took a while for the jewelry industry to realize their true potential.

While a colorless diamond reflects the natural light, a black diamond absorbs most of it. When the natural diamond absorbs the light that enters the stone and emits it, the scene is simply captivating. Even though a black diamond does not shine in the same way a white/colorless diamond does, it is still beautiful and provides a stunning contrast in jewelry.

Black diamonds’ structure and color are unique. Due to this, the traditional diamond grading system cannot be applied to a black diamond. However, the GIA and AGL offer reports for black diamonds that assess the quality of its cut, clarity, and color. These reports also comprise the weight and measurement of the stone, and if it was treated.

Usually, the cost of loose black diamonds is less than the cost of colorless or white counterparts. This is mostly because it is less popular as compared to white or colorless diamonds. The exact loose diamond prices vary, depending upon whether they are carbonados, treated black diamonds, or diamond stimulants. Of course, the affordable option of the three is a diamond simulant, while carbonados are usually the priciest.

This is only a common guideline, and the price of natural and lab-made black diamonds varies depending upon an array of factors including color, size, and cut.