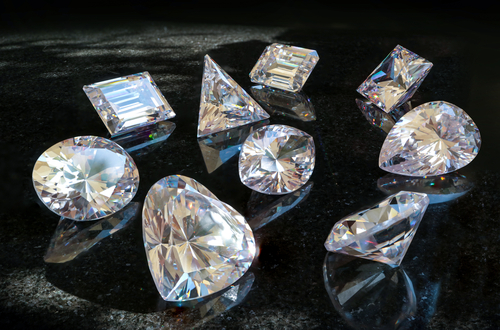 Diamonds are highly coveted all around the world. Many stones exist which sell for millions of dollars; sadly enough, some even finance wars in politically turbulent regions. Some famous diamonds are so expensive that they are well beyond the average guy’s budget. This includes colored diamonds as well. Following is a list of the top most expensive yellow diamonds ever sold.

Named after the first known person to own it, Ernest Allnatt, this Fancy Vivid Yellow stone reflects the light falling on it beautifully. Weighing an astounding 101.29 carats, which is close to 20 grams, it carries a highly unlikely VS2 clarity rating for its size. Other than being magnificent visually, it also commands a certain mystique because of its blurred origins. Many speculate that it was mined out of South Africa.

The Allnatt diamond is so highly regarded that it once features in the Splendor of Diamonds, a famous exhibition. In value, it is seen as a peer to such stones as Heart of Eternity, the Millennium Star, and the Steinmetz Pink. The Allnatt is markedly rare and elegant, and fetched a whopping $3 million when it sold at Christie’s Auction in 1996. It is currently owned by the SIBA Corporation, and likely holds more value than it did two decades ago.

One of the biggest fancy intense yellow stones to grace the diamond industry, the Mouna diamond was named after Mouna Ayoub, an Arab socialite with an affluent Saudi Arabian husband. This 112.53-carat yellow diamond has a fantastically precise cushion shape, which comes up to 26 mm. It shines very bright when under any light, and is nigh impossible to miss. The only problem is that most people can only hope to lay eyes on this wonderful stone. It sold at a 1998 Geneva auction for $3.258 million. The weight of this stone is more than that of the Sun-Drop diamond, and two decades later, it is likely worth more.

This diamond has a history dating back to 1877, and in all that time, it was only ever worn by two women. The first of these was Sheldon White, who sported it on her finger when attending the Tiffany Ball held in Rhode Island. After that, Audrey Hepburn wore it at a photo shoot for Breakfast at Tiffany’s in 1961. Since that time, the diamond has popped up at the Smithsonian National Museum of Natural History, while staying mostly out of the public eye. After being bought by Charles Tiffany, it fell off the proverbial grid, in that no one know whether or not it was sold again, or even who owns it. Its estimated value is at around $12 million.

This is the largest yellow diamond in the world that is cut in the pear shape. It is also the most expensive specimen as of 2001. Weighing 110.03 carats, it is worth thrice as much on the market as the Allnatt diamond. It was discovered in2010 in South Africa, and then cut and polished by a New-York company, which managed to shape it into the perfect pear replica. The cutting itself augmented its auction value substantially.

The Sun-Drop Diamond was sold for a record $11.28 million in 2011. The anonymous buyer did not reveal themselves later, and the stone disappeared into relative obscurity. The price may seem incredibly high, but some experts say such stones may actually be underpriced.

Known as the biggest cut yellow diamond anywhere in the world, the Graff Vivid Yellow is also one of the top most ones since 2014. Named after Laurence Graff, a jeweler, it was fashioned in part by Nino Bianco, who is a big name in diamond cutting. The work the latter did was what bestowed this gem with a flawless, beautiful cushion shape. Where the uncut diamond weighed 190 carats, Bianco’s work netted a much lighter yet more attractive 100.09-carat stone. The Vivid Yellow color shines to almighty heaven when the stone is held under light, but sadly enough, this is one of those stone people have not been able to see since it was last bought.

The Graff Vivid Yellow diamond fetched $16.3 million at auction in 2014. This was record figure at the time, but it certainly fell short of the estimated $21 million price.

From the above list, it would not be much of a surprise if diamonds one day replaced gold and became the standard of value. They are resilient and beautiful, with yellow diamonds being even more so in many ways. What needs to always be checked though is whether you can afford a ring or pendant that you like. The stones above do not fall in that category, but you can find beautiful gems inside a favored price range as long as you keep looking.