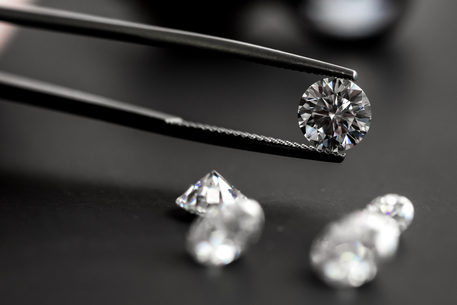 A recent study on diamonds may shed more light into the deeper layers of the Earth. Studying a bunch of diamond off cuts, the largest weighing 9.6 carats, researchers were able to expose inclusions and study them, which they could not have done with already polished stones.

Evan Smith, a researcher at the GIA, who works characterizing inclusions found in rare diamonds, studied over 50 stones of Type IIa as a means to understanding how the inclusions in them connect to the Earth’s geology. There is an ongoing theory among geologists, from as far back as a decade ago, that the deeper mantle has a distinctly different makeup.

As expected, examining 52 Type IIa stones showed that the better number of them had inclusions that were not graphite. Instead, these were metallic – a mix of solidified nickel, iron, carbon, and sulfur. What this implies is substantial not only to the scientific community, but also to the diamond industry – if there is a small peppering of metallic iron on the lower reaches, this means that the diamonds formed there are more unique in a way.

For scientists, this changes the game on how the distribution of different elements is viewed. It also reveals interesting tidbits about how deep Earth behaves, as in how surface rocks get recycled towards the convecting mantle. Type IIa diamonds differ in this aspect too – where other stones take a somewhat established standard path on the way up to the surface, Type IIa stones follow a slightly different trail.

Diamonds used in the study included stones of all sizes that passed through the GIA’s lab, even some smaller than a carat. The team even utilized chunks that were cut from bigger stones, and would normally have been discarded because they could not be put to any viable use. The gist is that outsized and exceptionally rare diamonds were not the only stones looked at.

Type IIa diamonds contain minimal nitrogen, and because of that, they regularly have high clarity and color. Many of the famous diamonds in the world fall in this category, and you generally see them as having irregular shapes. Symmetry is not nearly what you would see in many smaller stones; instead, the surfaces are more rounded, even dissolved. Type IIa stones look like they have been thoroughly worked over, in a manner of speaking. Needless to say, their unusual provenance would make them very special.