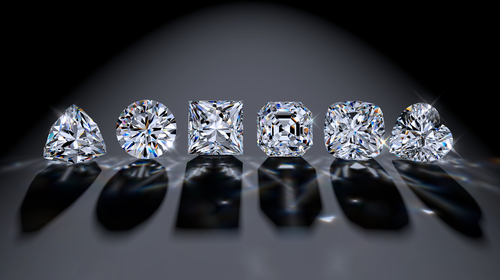 Celebrities tend to be so smitten with their partners that they show their affection for the latter on February 14th. This is why they purchase Valentine’s Day engagement rings or wedding anniversary bands. After all, it is the last phase of the engagement season.

If you are seriously shopping for such an engagement ring any time of the year, inspiration is the key to discovering the sparkly piece for your lover. Why not check out the following celebrity rings for some inspiration? For more inspiration, you can check out the designs on RockHer website too.

The Grammy Award-winner Lady Gaga disclosed her engagement to TV actor Taylor Kinney in 2015. At that time, Gaga wrote “He gave me his heart on Valentine’s Day, and I said YES!” as the caption for a photograph posted on her Instagram page. She captioned the picture in that way and displayed her ring with heart cut diamond.

Heart is the ultimate symbol of love, so many celebrity couples give rings with heart-shaped diamonds to their partners. Gaga was one of the many lucky celebs who got such a piece from her to-be-husband.

Singer Katy Perry got engaged to actor Orlando Bloom after the latter proposed marriage to the former on February 14, 2019. “Lifetimes”, so wrote Bloom as the caption for the couple’s photo. The singer of hit numbers such as “Firework” also took to Instagram to announce their engagement. She captioned her photograph, “full bloom”, and showed off a stunning engagement ring.

The jewelry piece has a pink diamond at the center, which is surrounded by eight diamonds. The estimated weight of the centerpiece is 4 carats.

Perry’s mother took to her Facebook account to wish the couple. She wrote “Look who got engaged on Valentines Day!!”

Perry’s Valentines’ Day engagement ring has a floral halo design, and it is set in yellow gold. For an uninitiated, the term ‘halo’ refers to an engagement ring setting where many smaller diamonds surround a bigger centerpiece. This style makes the center stone appear larger than it actually is. For a larger than life celebrity like Perry, it is an apt design.

Theater director Sophie Hunter tied the knot with actor Benedict Cumberbatch on the Wight island. Hunter publicly debuted her engagement ring at the New York premiere of Cumberbatch’s movie “The Imitation Game”. Cumberbatch chose a mainstream piece for her that is inspired by the vintage halo ring design.